Within the Living Income Guaranteed with a capitalist approach, profit is one of its cornerstones; therefore it must be ensured. Another point that tends to waste extensive money is the point that new businesses are started which then fail.From that perspective it is a suggested that there – like you have with city planning – you have business planning where it is assessed what type of businesses the community can sustain that is possible within the money supply that exists, and that those businesses are then planned-out and offered to the citizen to take on with full support from the business planning section which should be part as a governmental function, a citizen support function ensuring that businesses do not fail.

This will save massive amounts of money which makes Living Income Guaranteed a very cheap solution to a situation where there is seemingly endless amounts of money ending up in either foreclosure and/or failure and/or abuse and/or maladministration. At this stage there are no actual figures being kept of all of this – we never get to know the real numbers of how much is actually wasted. But there is more wasted through business failure, maladministration, charity and foundation creation abuse due to the influence of the consumer than what is needed to bring about a Living Income Guaranteed.

You should ask yourself some questions:

These are massive amounts beyond belief; how much is happening because there’s no oversight and everybody participating in the system knows one thing: there are resources being stolen and there is maladministration and corruption, that’s why they don’t want transparency, it’s convenient.

In some countries like South Africa, there’s the prospect of placing in laws to ‘limit transparency,’ which is no different to saying ‘Let’s legalize corruption!’. So the integrity of the human within a Living Income Guaranteed system should be administrated through a system. We have the technology now to have systems in place that can support the human to the extent of creating a system that is trustworthy and that assists everyone effectively in the world. We have the expertise to do this, now we need the will to stop corruption and to stop abuse. This can be done by Guaranteeing a Basic Income, guaranteeing a minimum wage and guaranteeing profit because all these three foundational stones will actually guarantee the existence and expansion of Capitalism and bring about a high functioning and effective society with the use of technology to produce what will ensure proper usage of resources, technology and human creativity. This cannot happen without a sense of freedom and money does give a sense of freedom.

We have come to the conclusion that trying to establish a society without a way within which the human can express their freedom is simply not going to work. Freedom is in money, it translates as the ability to express yourself in a way where you feel empowered as well as having your Basic Human Rights recognized and dignified. Not having enough money is to disempower people and to force them into crime and as you’ve noticed, massive amounts of money are lost to crime. All these things will stop if we have in place a proper technological system which we can establish with great ease at this stage. We have the technology and the managerial mechanisms to do so. In a matter of a few years, the whole world will be an internet grid and we can make use of all these things to prevent crime and corruption.

Living Income Guaranteed is not only an opportunity to support yourself from an economic perspective in terms of ensuring everyone’s survival, but also from the economic perspective to have an equal opportunity to support yourself and your family, which is a Basic Human Right. This is the equal right we give to each other to potentially become wealthy individuals while ensuring all resources are made available for everyone equally. 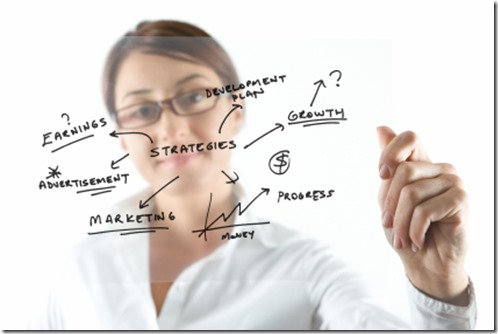 One of the fundamental problems in the world in how crime develops is through tax and tax evasion and for that, specially companies employ lawyers to find loopholes in laws so that they can set up all kinds of foundations and charities with which to evade tax; and with which to influence the markets and the goods available to the consumer, to benefit their own bottom line. Now with Living Income Guaranteed it is suggested that there is no tax at a personal level and no tax at a corporate level and that one only works with either sales tax or value added tax or, if necessary, with an import duty.

Charities and foundations should be eradicated because they are actually only duplicating the work that should have been done by the government – and the government being the people, the government is not a separate corporation and it is the social arm of the people. Therefore all the work done by charities is actually the work and responsibilities of the government of the citizens, for the citizens. And this duplication exists in order to be able to evade tax, placing governments under pressure to borrow more money, taking vast parts of the budget going towards interest is quite a foolish thing to do because that just makes the government more ineffective.

The most sought after jobs in the world should be those within the government that will require the highest level of expertise with very clear guidelines to ensure that the work delivered at all times is without question the best that can be. After all the foundation of respect between citizens is based on effectively delivering goods and services required to live. This is being hampered by the current methodology where especially profit and tax evasion plays a role and where the services of government are undermined – in many cases deliberately – simply to make profit quickly. This type of behavior which is a form of financial treason, should be outlawed in every way.

And therefore the positioning of accounting services really should be replaced by automation – this implies a universal software that is linked to the banking industry which is under Living Income Guaranteed which automatically assesses the profit margins and automatically keeps a tap on the income to make sure that the minimum wage is always adhered to, as well as ensuring that nobody can defraud the system. The only reason why there is no transparency at any level when money moves is because there is dishonesty. Absolute transparency means nothing is hidden and one should also apply this within the context of the pricing of goods so that one ensures that when a company is operational, there is enough money moving to ensure everyone gets their wages and that there is sufficient profit for the investors, so that at the end of the day the sales tax and the value added tax are paid effectively. All of that can be automated, removing the human factor that at this stage causes so many problems, because of the temptation that still exists to abuse the use of resources for personal benefit.This will only be stopped in time through education and understanding how peace and harmony depend on our ability to trust one another.