“Liberalism is a theory in economics emphasizing individual freedom from restraint and usually based on free competition, the self-regulating market and the gold standard; in political terms it denotes a belief in progress, the essential goodness of the human race, and the autonomy of the individual and standing for the protection of political and civil liberties”  (ref.:www.merriam-webster.com/dictionary/liberalism‎).

Classical liberalism has its focus on securing the freedom of the individual by limiting the power of the government – the concept emerged as a response to the Industrial Revolution and urbanization in the 19th century. It advocates civil liberties with a limited government under the rule of law, private property and laissez-faire economic liberalism. Social liberalism believes in government intervention to provide equal protection and opportunity. Neoliberalism promotes a market economy with a strong state, a ‘social market economy’. Later the meaning had shifted to hold one of a more radical and laissez-faire capitalistic ideas. It was used to criticize legislative initiatives for free trade, deregulation, enhanced privatization and an overall reduction in government control of the economy.

Neoliberalism is what we are still allowing and accepting as our economical and political system nowadays.

A change in economic course was taken with the program Ludwig Erhard formulated after the Second World War, where demand was not taken as the driving factor of production any more, but rather the other way around, wherein the idea was assumed that every offer created its own demand – which is said to only be valid for trade economies. This new directive of a social market economy, where focus is to be on profit, competition and consuming goods for and within each and everyone, not only economy and politics,  which was implemented thereafter, caused dire consequences reaching up to the current situation where the financial sector as a non-producing element in the system is reaching blown-up and disproportionate extents of power in that major banks are able to demand to be bailed out by the government using the financial means of the public when a tide of bad investments collapses back onto them in consequence and leaves them unable to rectify their position of creating money from loans, financial products and other financial machinations within the state.

Thus the real economy is in the process of subsidizing the banking sector which doesn’t produce consumer goods and thus doesn’t contribute to the productivity and added-value, but only creates claims for consumer goods with the respective finance products they conceptualize, the consequence being a discrepancy between factual goods and the claim for them, which in turn leaves people in the upper middle financial ranks of society feeling richer and better off than years ago, but they aren’t in fact, as they are holding only claims to potential goods and not the actual manifested object. This is actually a matter of window-dressing based on agreements without basic real securities.

Thus accepting the ideology of Neoliberalism as a political directive for how we manage our economy has led to the debt crisis of 2007, which should in fact show us what we are allowing, i.e. the economical coups that are possible by stock markets against democracy and in that against the people itself. A criminalist system of unfettered capitalism has been allowed, wherein values are destroyed instead of creating them, the consequence of which living beings have to bear in form of abuse, denigration, immense suffering, poverty and starvation, conflict, war, hopelessness and despair, death – all for an idea that has proven that it doesn’t work for society, where the principle of best for all is being ridden roughshod over.

The idea of neoliberalism is based on implementing the following parameters based on the concept that laws and regulations disturb the balance of market economy: 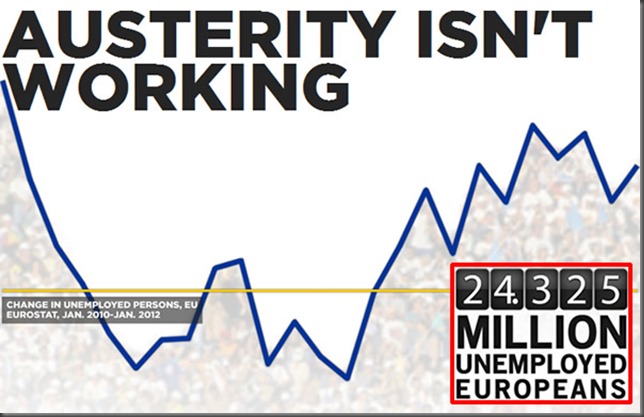 Within this, forces that propagate and uphold this ideology of neoliberalism feature a tendency of obscuring the inner workings of the economy resulting in an impenetrability of the same for the common person. There also seems to be a tacit prohibition in place to further the common wealth on an equal basis, based on the presumption that there is a fundamental inequality between and amongst people, which in fact has to be intensified so that the principle of free competition works.

Another feature is the maintained rationality that there is ‘no alternative’, as if this is how humanity inherently functions – on the basis of inequality and a competitive nature. Slogans such as ‘the market shall regulate society through competition’ show that the model as the blueprint of neoliberalism that leading figures sought to implement was to basically make individuals into enterprises who are required to establish entrepreneurial traits and behaviors on all levels of their social interactions, dominated by demand and offer, costs, gains and investments as the new social values post WWII within ‘free competition of inequalities’. This kind of freedom cannot accept other liberties along with it, as Erhard stated: “Rights shall find their expression in the freedom of consumption.” This ultimately allows for a constant state of fear of not being able to express within these limitations, and being judged by one’s ability or inability to do so and thus to hold one’s status within society and remain competitive.

One must realize the allowance and acceptance of the manipulation leading to the change of focus from surviving within WWII and a hands-on approach of rebuilding and producing some kind of added value to what was left in the ruins of the war to a focus on and the dominion of competition and competiveness. This has brought forth an alienation within oneself toward one’s self-expression and what life is about and can be, and the diversion from the principle of best for all within giving another what one would like to receive oneself. This is where one can actually find a handle for the fear of not surviving. One is able to refocus, to redirect one’s focus on equality and in that seeing, realizing and understanding that there is an alternative way, because all are in fact equal as and within life and in that we are all one, one humanity, one life.

As it is us, the people, each and every one, that constitute the system, politics, economy, what we focus on, what we allow and accept as the statement of who we are, we create. It is important to see one’s immediate starting point for one’ s actions and interactions and make sure it is not one of competition, of proving oneself better or superior over another, where one comes from the point of fear of not surviving. One is able to realign oneself with one’s self-expression.

Alongside with this personal process we are able to and in fact must reorganize the existing financial structures and the realign the power we give to institutions with what serves all equally. To this end as a first platform there is LIG – Living Income Guaranteed which states common sense rationalities – those we could have observed and referred to in ourselves instead of accepting and allowing the manipulations that have and are taking place in politics and underlying powers which we have submitted ourselves to. Such are among others a guaranteed living income on an as-needed basis as provisions for shelter, food and education etc. – basically everything that is required to ensure one’s well-being. We can stop this ideology that we have supported inadvertently by having accepted the misinformation and manipulations over many decades by bringing out the information that is relevant and valid and constitutes a basis for implementing a change on the principle of what is best for all equally as life.

The rewards are obvious: No more fear of losing one’s job and not surviving. No more competition as an all-pervading overlay on every social interaction, instead of self-expression. A letting go of pressure and an allowance to see the other and be with him without placing a price tag onto the time spent for support so one has money to survive. The security of having food, a home one can return to and feel comfortable in, education to expand in this existence, and providing children with a world that nourishes and supports all on the basis of true care.