Medical Negligence and the Profit Motive

We have, by now, probably all heard stories about our medical system and the evidence within these stories that there is much higher value placed on self-interest as profit and survival rather than actual care for the people and true willingness to cure the known diseases that are slowly eating away the human race.

Here I would like to share another story that a friend of mine has shared with me, from his own life experience, to again prove how pervasive the ignorance of medical establishment has become even despite the opportunities to learn and thus benefit society when facing various people that do manage to manifest good results in battling with deadly diseases.

So upon doing a routine checkup my friend’s partner was diagnosed with a malignant cervical cancer and since then walking from one doctor to another the only solution offered was to surgically remove the tumor. There wasn’t much explanation offered or any attempt to go deeper into the probable causes or anything else for that matter, but the only accepted way was to follow the standard procedure for such cases which was to write an appointment prescription to meet the surgeon on the operation table. Most people react in fear upon unexpectedly finding such news and of course will trust and follow whatever the apparently knowledgeable doctors will prescribe, but my friend and his partner stopped for a moment and considered other options by doing some research and investigation. First of all they visited yet another doctor who didn’t jump to knife as the first and only option for this type of cancer, instead he suggested an alternative way. I am not able to reproduce the whole path that was walked but I know it included drinking various herbal substances, taking hydrogen peroxide, cleansing the body through some dieting, ensuring proper hygiene etc.

So, about half a year later she went back to the original doctors to have another screening to see if there is any progress with the new treatment and, yes, to everyone’s big surprise there was nothing left of the tumor. Doctors finding it hard to believe sent her to another place to do screening and the results were the same. After another half a year the tests were repeated and still there was no sign of the disease.

Now the whole point is that none of the doctors or any other persons within the medical establishment were in any way interested or asked any questions of HOW she managed to overcome the disease. Such cases are viewed as anomalies that happen by chance to a few and apparently hold no significance or value in the bigger picture. In Europe alone there are about 50 thousand women dying from this disease yearly, a number that should be somewhat concerning as there is a probability for anyone to face this disease in some way within a lifetime. Surely, if anyone is faced with this, one would like to ensure the best, most effective course of action and an outcome for themselves or their close ones, yet we have only a few beings that can direct people on this path. So it’s really sad to see our health “carers” to turn away from real opportunities to advance themselves in the field of healing and become just mainstream followers of the system that focus on, what is called, the disease management which is much more profitable and safe in terms of system responsibility. It’s amazing how our responsibility shifted from doing what’s best for our fellow human beings to doing what’s best for the system and the system as it is designed currently is working only for few leaving the rest enslaved and suffering.

Solution when facing such problems is money just as money is the problem. The proposed new system Living Income Guaranteed will ensure that people no longer live in fear of doing what is best for all. In this new system no matter what happens no one will lose the basic necessities for survival. At the moment if you do not act as the system says, you risk to lose your income and possibly your ability to survive, within the new system however, that fear is removed and finally we will be free to consider each other. Find out more and support the proposal here: The Proposal 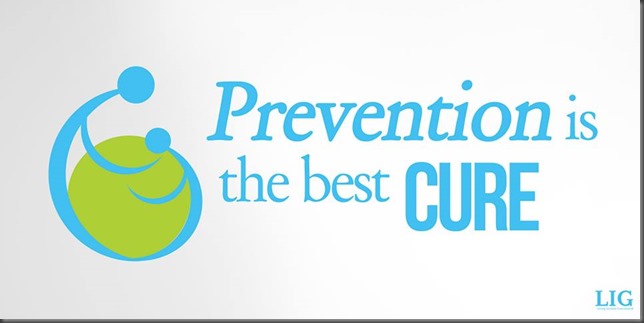